of a Granada Cat

As told to Harley White 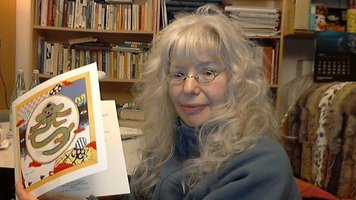 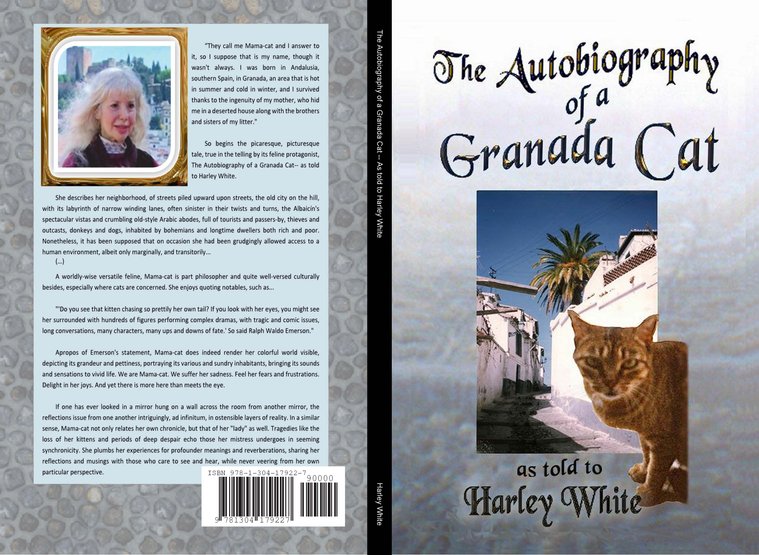 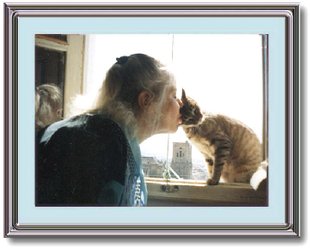 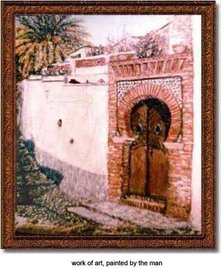 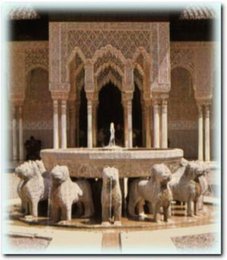 The Autobiography of a Granada Cat: As told to Harley White

“They call me Mama-cat and I answer to it, so I suppose that is my name, though it wasn’t always. I was born in Andalusia, southern Spain, in Granada, an area that is hot in summer and cold in winter, and I survived thanks to the ingenuity of my mother, who hid me in a deserted house along with the brothers and sisters of my litter.”

So begins the picaresque, picturesque tale, true in the telling by its feline protagonist, The Autobiography of a Granada Cat– as told to Harley White.

The commencement of Mama-cat’s story– her adventures and scramble for survival before becoming firmly ensconced as a ‘household pet’ in the lives of the man and woman who would serve as her caretakers– has been intuited. For the most part, her lodging had been the street, along with all its dangers and discomforts, in the milieu of magical Granada, whose charms were not entirely lost on this resourceful feline, even when in the throes of her own troubles. She describes her neighborhood, of streets piled upward upon streets, the old city on the hill, with its labyrinth of narrow winding lanes, often sinister in their twists and turns, the Albaicín’s spectacular vistas and crumbling old-style Arabic abodes, full of tourists and passers-by, thieves and outcasts, donkeys and dogs, inhabited by bohemians and longtime dwellers both rich and poor. Nonetheless, it has been supposed that on occasion she had been grudgingly allowed access to a human environment, albeit only marginally, and transitorily…

“When I was not allowed in the house or when there was no one there, both of which situations account for the large majority of the time, I alternated among several different forms of shelter. There were quite a number of deserted houses, accessible through cracks in the shutters or doors, through which a cat could descend down, down to one or more streets below. These I shared with others, driven to the extremity of huddling together for warmth. Most of these houses had balconies, now in disrepair, upon which we could enjoy peering down on the streets from above. Or perhaps, if in need of inspiration, we could gaze at the graceful Alhambra Palace, which is said to be the home of many of our kind, overlooking our vicinity, with the serene Sierra Nevada mountains behind.”

A diverse collection of original illuminations, photos, and illustrations accompanies the text, at times literally putting the reader into the picture as the yarn unfolds. Included are cultural images, representative of cats and Andalusia, the realms of art and literature, and a number of personal snapshots of the locale and figures who occupy the pages.

Mama-cat being initially homeless has to confront enemies in escapades of heroism and evasion. Then, at a crucial moment of her drama, there occurs something totally unexpected, a definitive happening that is to serve as a landmark in her saga. Already, cursory encounters have taken place between her and some foreigners who have recently moved into the area. Finally, one day, as befits her urgent priorities, an offering of food becomes the pivotal point that heralds her crucial admittance into that residence as a member of their domestic circle.

“It was lentils that first led me into the house. The lady put a container of them on the doorstep and I came to sample the dish. I no longer eat legumes, but I still have a sentimental fondness for lentils, because they were my first meal in my real home.

“After I had taken a few voracious bites, she moved the dish through the doorway, down the stairs. (Many houses in the Albaicín are built in this unusual way.) I dared to make the move inside with the lentils, in order to continue eating. We had done it! She had beckoned; I had followed.

“This signaled the historic beginning of our association and of my new life as a full-fledged house-cat. From now on, I would belong to someone. My head would be held high, my tail erect. No more skulking behind the old motorcycle to shiver in the night chill, except in the direst emergencies. From this day forward, I would be known as Mama-cat.”

In conjunction with this fresh status come changes, both inside and out, plus a marvelous expansion of consciousness and many mysterious inner alterations…

“From this time forward, my context was one of belonging. I might say that I began to enjoy novel feelings of security, pleasure, and, yes, happiness. I even started to purr, the involuntary sound of which– a softly vibrant erupting rumble– astonished me and evoked exclamations of delight from my lady, as she summoned the man to experience this new wonder.

“And one day, during the execution of some complicated electrical operation by the man involving cables, I pounced in a playful manner, following the movement of the wires in jumps and leaps just like a cavorting kitten.

“The surprised man and my lady, who came quickly, suspended all signs of labor for quite a while and simply played with me, slowly moving the cords to and fro in snake-like fashion, as I danced about in mock capture. This was an entirely new game for me and one that would continue, developing into many different forms, for the years to come. These antics, plus my more and more frequent purrs, were certainly an expression of the carefree demeanor that was becoming an attribute of my evolving house-cat personality.”

A worldly-wise versatile feline, Mama-cat is part philosopher and quite well-versed culturally besides, especially where cats are concerned. She enjoys quoting notables, such as…

“‘Do you see that kitten chasing so prettily her own tail? If you look with her eyes, you might see her surrounded with hundreds of figures performing complex dramas, with tragic and comic issues, long conversations, many characters, many ups and downs of fate.’ So said Ralph Waldo Emerson.”

Apropos of Emerson’s statement, Mama-cat does indeed render her colorful world visible, depicting its grandeur and pettiness, portraying its various and sundry inhabitants, bringing its sounds and sensations to vivid life. We are Mama-cat. We suffer her sadness. Feel her fears and frustrations. Delight in her joys. And yet there is more here than meets the eye.

If one has ever looked in a mirror hung on a wall across the room from another mirror, the reflections issue from one another intriguingly, ad infinitum, in ostensible layers of reality. In a similar sense, Mama-cat not only relates her own chronicle, but that of her “lady” as well. Tragedies like the loss of her kittens and periods of deep despair echo those her mistress undergoes in seeming synchronicity. She plumbs her experiences for profounder meanings and reverberations, sharing her reflections and musings with those who care to see and hear, while never veering from her own particular perspective of being the cat she is. And her empathy with her mistress is absolute and instinctive, even if frequently uncomprehending.

“My story suffered an almost indefinite interruption, due to a catastrophic series of events, which plunged my lady into such excruciatingly intense grief and pain for such a seemingly infinite time that I was barely able to bear the suffering either. My lady’s sorrow is my sorrow, her suffering is mine. That is simply the way it is. Her tears fell and fell, and, when her eyes were dry, her sadness and desolation were so agonizingly deep that I tried never to leave her lap.”

Mama-cat is proud of her kind…

“It is worth mentioning as well that the supreme artistic giant, Leonardo da Vinci, affirmed, ‘The smallest feline is a masterpiece.’ And anyone who still doubts our well-deserved world-renown has only to think of the ancient Egyptian civilization and its remaining monuments, the highlight of which is unarguably the sphinx. Suffice it to say that the feline’s position of mythical stature, as king (or queen) of beasts, and as the figurative symbol of the pinnacle of culture persists unchallenged.”

“Mark Twain asserted unequivocally, ‘If a man could be crossed with the cat, it would improve the man but deteriorate the cat.’– no comment from me.”

“The most upsetting incident, following our move, that comes to mind was when I was chased away from my own building, after which the street door was closed, barring my re-entry. I almost got ‘lost’! The experience served as a stark reminder of my humble origins and desperate days before being adopted, and is indelibly etched in my recollections. … I was compelled to realize once again that others did not perceive me with the eyes of my lady and the man.”

In reference to the lack of designated names for the two humans who share her life, Mama-cat refers to her surrogate voice, Harley white, as “my lady” and to the husband of her mistress, Kirk Wangensteen, whom she likewise has come to trust, although always a bit skeptically, as “the man”. She presents them as seen by her and often exposes the contradictions between her point of view and theirs. Still, the great affection she and the lady hold for one another rises above all and dissolves the distinctions of their species. For she also realizes herself as part of a whole web of realities of cause and effect… something far greater than the mere creature she was born as in the form of a cat.

“If there is any impression I would wish my autobiography to engender, with those readers who have remained throughout, it may be that there are deep dimensions of love (and spheres of its opposites) which resonate eternally– bonds of connectedness that even death cannot destroy.”

And, ultimately, the cycle continues… for, in the end, “… the waves of life and death roll on, as they have for thousands of years and shall for thousands more …”

I here present you with a complete BILINGUAL (Eng.-Span.) version in pdf of the work. It was translated by Kirk, with one particular quality: The translation is presented in a paragraph-to-paragraph layout, quite useful to people wishing to gain proficiency in the second language, or simply out of pure linguistic curiosity. Illustrations have been grouped in three sections throughout the book.

I would recommend you read it, not in a continuous one-page string, but rather with the pages side by side, i.e.: English on the left, Spanish on the right.

To go to the the link, click on the book cover 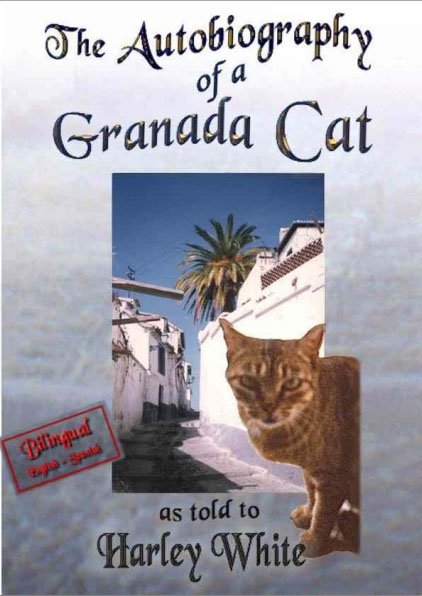 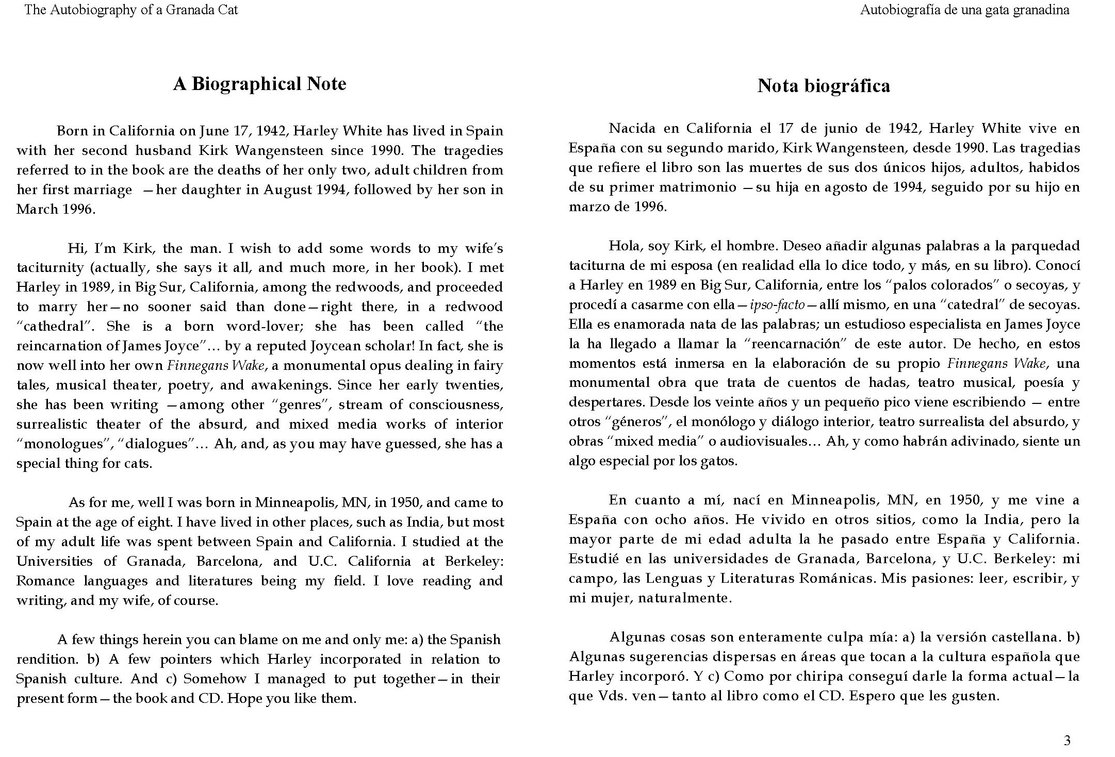